06 54252443
sophie@doulasophie.nl
googlefacebook
HomeBlog My failed VBAC was still a success

My failed VBAC was still a success

What were the circumstances that led to your c-section with your first birth?

“With my first birth, I knew I wanted a natural birth and I never really thought I would be one of the unlucky ones to need a C-section! I was quite naive and thought if I just go with the flow, everything will be fine. Birth can’t be that bad, everyone does it and is fine!!

The troubles started when my son was breech. I was told I had to be in the care of a Gynecologist from week 36 on. I did not explore my options very thoroughly and the doctors told me that I could not have a natural birth if he remained breech. Even though my instincts said I shouldn’t I went ahead and tried a version (manually trying to turn the baby head down) at week 36. It went fine and he turned. However, had I known that a breech birth would have been an option with the right Gynecologist I would have chosen this option for sure. At the time, I didn’t do my own research but trusted my midwife when she told me there was no one in the area who would support a vaginal breech birth.

At 42 weeks there was no sign of my son wanting to come out, so I was told I had to be induced. Again, I felt I had no options and I went ahead and let them induce me! It was a terrible, painful labour and I did not dilate more than 4cm. Eventually it ended in a c-section due to my son not reacting well after the administration of synthetic oxytocin.”

Did the c-section affect your well-being?

“I was very upset that I had to have a c-section since all I wanted was a natural birth! Although happy that my son was healthy, I still felt a sense of emptiness for years after. I realized a while later that it sort of traumatized me. It took a long time until I could actually look at pictures of the c-section without bursting into tears! I felt a sense of failure. Why couldn’t I do what most women can? Why was I not allowed to experience a natural birth? Why did I make the choices I made? Why did I blindly trust what

I was told without asking for alternatives and options? I did not enjoy looking back at the birth and I hated that I had to have so many medical interventions. I also hated that I couldn’t be with my son after the birth while in the recovery room. The whole thing was so unnatural! It took me a couple of miscarriages before I finally stayed pregnant 6 years later and looking back I believe this was perhaps partly due to the trauma of my first birth. I felt i needed to talk about it and went to see a birth trauma therapist to process the birth, which was really good for me.”

Why did you not go for an elective c-section this time? 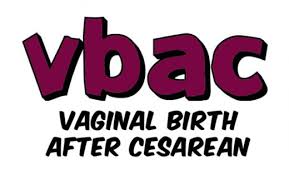 “An elective caesarean was out of the question for me! I did nothing but research the options and watch tons of videos about natural beautiful births! It was my mission, I was going to have such a birth!! A natural birth where I felt in control, was free to make informed choices along the way, and a birth that was beautiful!

What was your biggest fear going into your VBAC?

“My biggest fear was that I would again have that sense of being out of control and the same thing would repeat itself.”

How did you prepare?

“I found a midwife that supported me in my VBAC. I had many discussions with the Gynecologist until we came to an agreement that I could give birth in the hospital with a midwife as long as there were no complications. We agreed that the midwife would discuss everything outside of the room with the Gynecologist. I did not just take no for an answer, I did my own research and ignored any scare tactics that in the past would have caused me to make my decision based on fear! I was set upon doing this differently and as natural as possible! I meditated (hypnobirthing) and did yoga and optimal fetal positioning exercises daily. I felt calm and fearless. My husband and I had felt completely alone the first time and felt that we needed more support this time! I got myself a doula and a like-minded midwife!”

What was your biggest battle during the labour?

“My labour started off perfectly! My waters broke, contractions started and I laboured at home for as long as possible. When the contractions became too painful we went to the hospital an

d I continued to labour in a room with just my husband, midwife and doula as planned.

What I found the most difficult was not knowing when things were going to shift beyond that 4cm dilation I had reached last time and progress to the end.  I was having the same intensity of contractions for so many hours.” 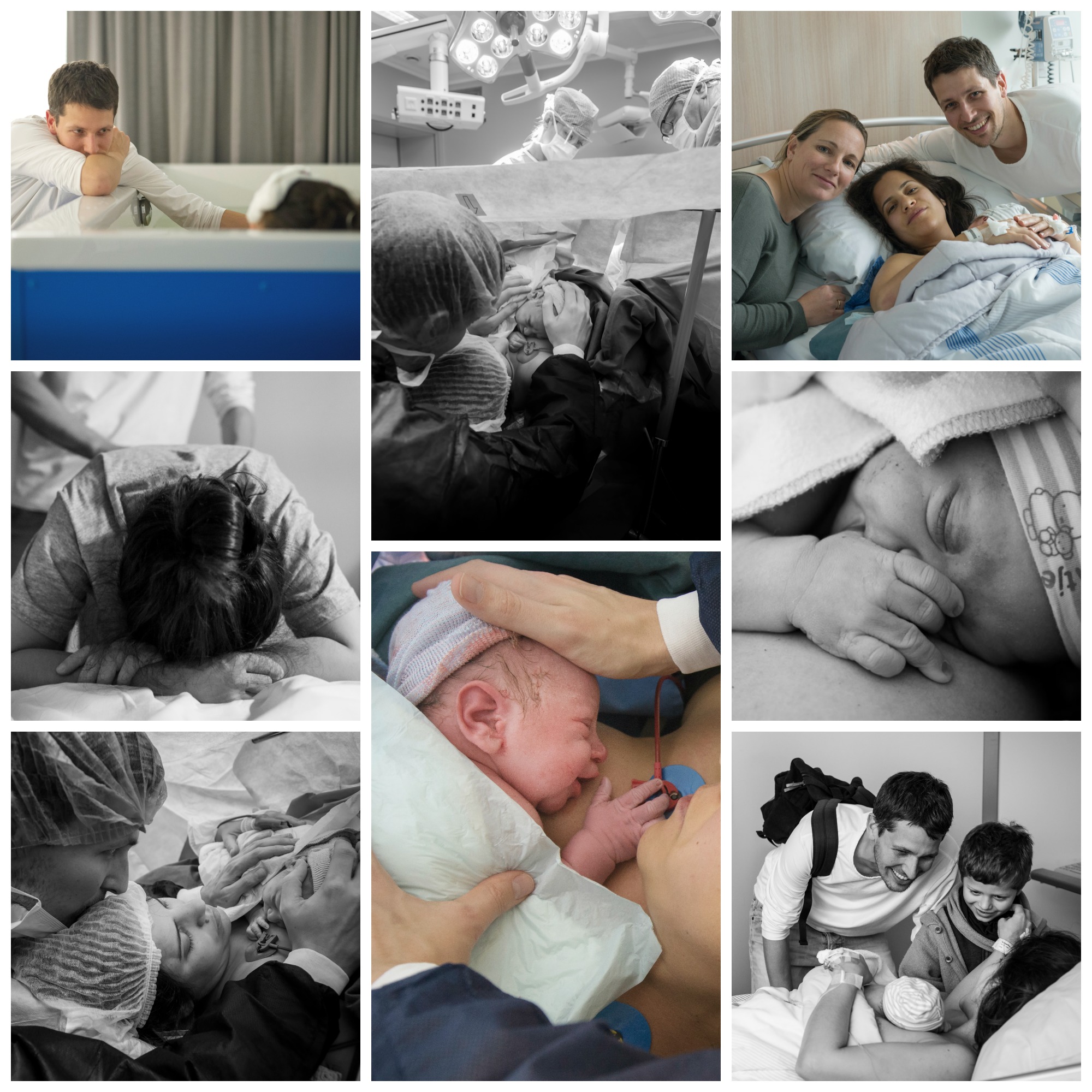 What was the moment like for you when you realized your VBAC was not going to be successful?

“It was 34 hours after my waters broke and I was stuck at 6 cm for 6 hours. I was exhausted! We had tried different techniques and positions but things were not changing! In fact, at one point my contractions slowed way down! Then I knew that things were not looking good!

We  discussed the options with the Gynecologist and decided to try oxytocin to augment my labour as a last resort. Again, like the first time, the oxytocin did not agree with me and the baby and the baby’s heart rate started to react. The Gynecologist highly recommend that I have a c-section and at this point I decided (and everyone agreed) that taking into consideration that my waters had been broken for so long and how exhausted I was this was the best option. It was a hard and very emotional decision for both my husband and I.”

How different was the c-section the second time?

“The second c-section was very different. The Gynecologist agreed to do a gentle caesarean. (I had written this in my birth plan and had also written that I wanted a partial lotus birth to leave the umbilical chord intact until a while later!). The Gynecologist agreed and did a great job. He handed me my son with the placenta attached, right after the placenta came loose, and my son never left my side!!”

Was the process of labour healing for you in any way even though it ended in a caesarean?

“I did not feel traumatized by the birth. I was disappointed but I was able to accept the situation. I always felt like I was in control. I could actually remember everything that happened (which was not the case with my first, since the pain was too intense due to induction) and my son was not taken away to another room. I experienced the natural start of labour and natural contractions. So, even though it was not the vaginal birth I had hoped for, it was still a lot better than the first one and I know I tried everything that I could. Of course there are still some “what ifs” but I know now that there is no point in that. I prepared as best as I could, and I chose to do the c-section in the end.”

What have you learned about yourself through this process?

“I feel that I was a very different person this time around. During the past 6 years I worked on myself and my outlook on life. I was not the perfectionist that I once was. I learned from my first experience that I am in charge of my body and not anyone else. I learned that I was not going to let fear control me. In life, sometimes things happen for a reason beyond my understanding, and that is okay. What matters is to be well-informed, trust your own instincts and believe in yourself.”

Do you have any regrets?

“I do not have any regrets looking back. I got to experience quite a bit of a natural birth (even labouring in water) and I look back focusing on the positives rather than the negatives of the birth.”

What would you recommend to anyone preparing for a VBAC?

“I recommend that you go for what you believe in! It is your body, your birth and you can choose what to do with it! Do your research! Hear different opinions before deciding what interventions you want and where you want to give birth and then go with what you feel the most comfortable with! I highly recommend a doula! I was so blessed to have Doula Sophie support me!! It made a world of difference!!”